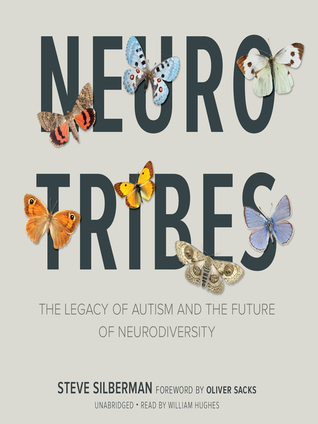 Title: NeuroTribes: The Legacy of Autism and the Future of Neurodiversity

I picked this book up (or rather, listened to it) because I have a personal interest in autism. I have worked with individuals with autism spectrum disorders (ASD) in different capacities for about six years. It continues to be a large part of my current career, and I absolutely love working with these kids and teenagers. Given my experience with ASD, I went into this book with an already established knowledge base of what ASD is and the history of autism.

At 544 pages in hardback, END_OF_DOCUMENT_TOKEN_TO_BE_REPLACED

Title: Redefining Realness: My Path to Womanhood, Identity, Love, & So Much More

To be honest, I had never heard of Janet Mock until earlier this year when I learned about this book. After watching some interviews with her on YouTube, I decided that this was definitely a memoir I needed to read. Mock is an eloquent speaker and wise beyond her years, undoubtedly as a result of her life experiences. After purchasing her memoir over the summer, I was encouraged to read it sooner rather than later because I found out she would be speaking at a conference I’m attending early in 2016. Redefining Realness did not disappoint.

END_OF_DOCUMENT_TOKEN_TO_BE_REPLACED

Happy New Year everyone! I’m ready to start off my year of reading right, so I have already planned out my January TBR. I’m sticking to a short list of four books. Since my goal is 50 books for the year, it makes sense to keep my monthly reading lists consistent with that. Since I know I will have a little extra time at the beginning of the month to devote to reading, I may read some in addition to this list, especially if they are audiobooks. I’m also just coming out of a slight reading slump, so I’m taking it easy and seeing how it goes. END_OF_DOCUMENT_TOKEN_TO_BE_REPLACED

With the end of the year quickly approaching, it is prime time for reflecting on the past year and creating resolutions for the new year. My main reading goal in 2015 was to read 40 books. To my surprise, I achieved this goal early in the year, and I upped the goal to 50. END_OF_DOCUMENT_TOKEN_TO_BE_REPLACED

For my first blog post, I thought it would be fitting to reflect on my top 10 books that I read in 2015 so that you have a better idea of my reading interests.

To put it simply, this was an amazing reading year for me. I read more and better books this year. In total, I read 63 books this year (this may change slightly since there are a few days left before January 1st). From some tried and true favorites to new authors, from fiction to nonfiction reads, I definitely found some great books this year. Let’s jump into the list! END_OF_DOCUMENT_TOKEN_TO_BE_REPLACED